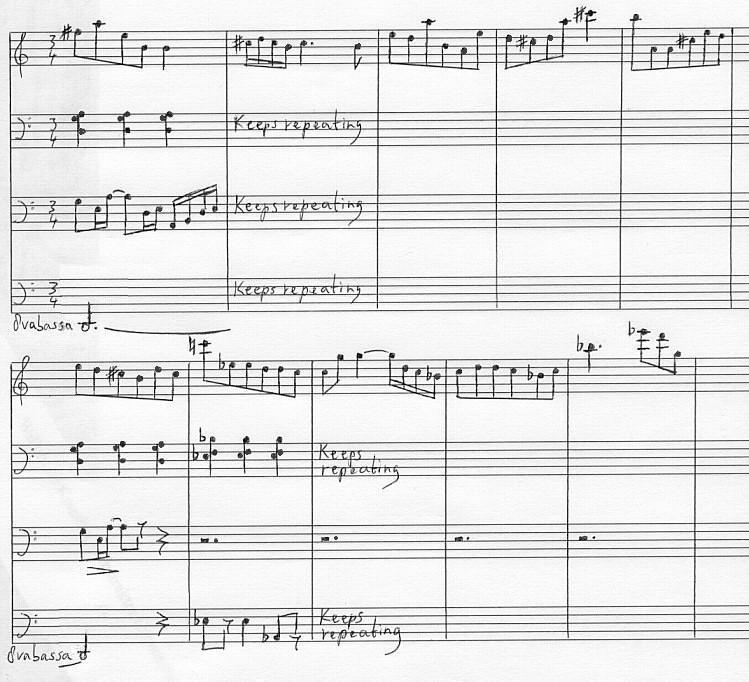 Uncle Meat, opening (1968 album version). Source: Songbook/Album liner notes with some additions by KS to go from the piano extract in the Songbook to the album ensemble version (update 2011).
Note: on the album and in the midi file the song is played a minor third higher; in order to avoid differences with earlier editions of this study all of the above and the text are following the Songbook pitches.

Back to Uncle Meat

Back to the main menu